Panel: Partnership to Meet the Nutritional Needs of Children

Partnership to Meet the Nutritional Needs of Children

This special event brings together The Global FoodBanking Network (GFN) and the Global Child Nutrition Foundation (GCNF) on the necessity of ending child hunger and malnutrition to achieve shared prosperity and stability for all nations. Protecting children throughout their school-age years is critical to making progress toward the Sustainable Development Goal of ending hunger by 2030 (SDG 2). Food banks’ distinctive model is ideally suited to help in the fight against child hunger. The local, multisector approach of food banks fills the gaps and extends the impact of government social safety net programs, which are the first line of defense. In this session, we will explore findings from GFN’s new report Healthy Nations Start with Healthy Children, discuss the importance of partnerships for school feeding programs, and learn about one food bank network’s breakfast program. 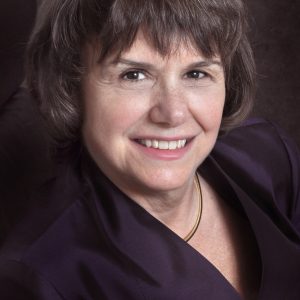 An accomplished leader in international organization reform and a powerful advocate for women and girls, Catherine Bertini has a distinguished career improving the efficiency and operations of organizations serving poor and hungry people in the United States and around the world. She has highlighted and supported the roles of women and girls in influencing change. She was named the 2003 World Food Prize Laureate for her transformational leadership at the World Food Programme (WFP), which she led for ten years, and for the positive impact she had on the lives of women. More recently, she co-chaired a successful effort to impact American policy supporting poor farmers in the developing world. As a United Nations Under Secretary General, she interacted with all UN agencies and their leadership through a variety of UN bodies in humanitarian, development, nutrition, security and management roles, and led UN humanitarian missions to the Horn of Africa and to Gaza, the West Bank, and Israel. With her World Food Prize, she created the Catherine Bertini Trust Fund for Girls’ Education to support programs to increase opportunities for girls and women to attend school. She served as a senior fellow at the Bill and Melinda Gates Foundation early in its new agricultural development program, on the jury for the Hilton Foundation Humanitarian Prize. Bertini is now the chair of the board of the Global Alliance for Improved Nutrition (GAIN). Concurrently, she is Distinguished Fellow at the Chicago Council on Global Affairs. She has been named a Champion of the 2021 United Nations Food Systems Summit. She is a professor emeritus at Syracuse University. She is an affiliated expert at the Lugar Center, a patron of Gender in Agricultural Partnership (GAP), a senior non-resident advisor to the Center for Strategic & International Studies (CSIS), an honorary advisor to the Global Child Nutrition Foundation, an advisory board member of the Scowcroft Institute of International Affairs at the Bush School of Public Service at Texas A&M University, and a member of the Leadership Council of Compact 2025 of the International Food Policy Research Institute and of the ACIES End Hunger Sustainably Program advisory board. 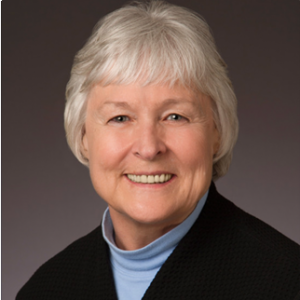 Arlene Mitchell is the Executive Director of the Global Child Nutrition Foundation (GCNF), working with partners to ensure that schoolchildren around the world have nutritious, locally-sourced meals. Among her many activities, Arlene leads GCNF’s Global Survey of School Meal Programs©. Arlene worked in the Agricultural Development program at the Bill and Melinda Gates Foundation (2008-2013) and in the United Nations World Food Programme (1997-2007). She led WFP’s school feeding program from 2000 to 2005. Arlene also worked for U.S. Department of agriculture, as a volunteer and as a staff member of the U.S. Peace Corps, ran a restaurant, and managed a small snack machine company. She is a graduate of Michigan State University

Lisa is President and Chief Executive Officer of The Global FoodBanking Network (GFN). GFN is an international non-profit organization based in Chicago that nourishes the world’s hungry through uniting and advancing food banks in more than 40 countries. GFN focuses on combating hunger and preventing food waste by providing expertise, directing resources, sharing knowledge and developing connections that increase efficiency, ensure food safety and reach more people facing hunger. In 2019, GFN member food banks rescued over 900 million kilograms of food and grocery product and redirected it to feed 16.9million people through a network of more than 56,000 social service and community-based organizations. Previously, Lisa served as Vice President of Global Agriculture and Food at The Chicago Council on Global Affairs, where she spearheaded a project that has become one of the leading global contributors to discussions around hunger and food security. There she conducted studies and policy dialogues on the role of agriculture in emerging economies, the nexus between agriculture and health, the pressures water scarcity and climate change will place on the global food system, and the importance of trade and food price volatility to social stability. She holds a Master of Arts degree in Security Policy Studies from George Washington University and a Bachelor of Arts degree in International Studies, Political Science, and Spanish from Bradley University. 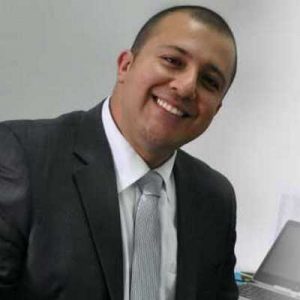 Juan Carlos Buitrago, Physician and Surgeon, MBA, PhD Candidate. For more than 10 years he has been working in the social arena, leading the implementation of public policy for comprehensive early childhood development in Colombia. He was manager of the Buen Comienzo program in Medellin. Author of the Early Childhood Development Public Policy of the Department of Antioquia, he was the National Director of Early Childhood of the Colombian Institute of Family Welfare where he coordinated the implementation of the strategy From Zero to Always that serves 2 million children in Colombia. He currently serves as Executive Director of the Colombian Food Bank Network – ABACO, which is made up of 22 food banks that specialize in fighting hunger. ABACO has delivered 45,000 tons of food this year, impacting the nutrition of 1.8 million people in vulnerable conditions. 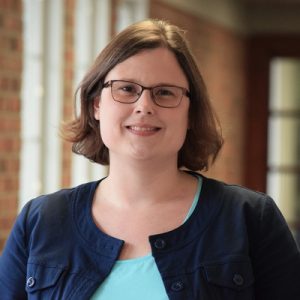 As Senior Director, Philanthropy and Social Impact, Stephanie is responsible for leading and implementing the company’s global food security cause platform, Kellogg’s Better Days. She leads the planning and execution of the companywide U.S. United Way campaign, and related employee engagement activities. Stephanie serves as Executive Director for the Kellogg Company Fund and the Kellogg Employees’ 25 Year-Fund, private foundation established by Mr. Kellogg in 1944 with support from Kellogg Company to assist 25-year employees experiencing financial hardship. She also leads communications strategy and execution for company’s social responsibility initiatives, including wellbeing, philanthropy, sustainability and diversity & inclusion, to drive growth and enhance reputation. Stephanie joined Kellogg in 2006 as part of the company’s Corporate Communications team, and progressed through a variety of communications roles with increasing responsibility until joining the Philanthropy team in 2016. Her previous roles included leading the development and execution of global corporate reputation communications strategies to advance and promote Kellogg Company’s reputation with key stakeholders. Before joining Kellogg, Stephanie worked as a technical writer and freelance journalist. Stephanie is a Lee Honors College graduate with a Bachelor’s Degree in Journalism from Western Michigan University (WMU) and received a Master’s Degree in Communication from WMU as well. She currently serves as Immediate Past Chair on the Board for the United Way of the Battle Creek and Kalamazoo region, and as a member of the United Way Worldwide Global Corporate Leadership Advisory Council and the No Kid Hungry Leadership Council. She also serves as Co-Chair on the External Advisory Board for the WMU School of Communication and on the WMU Alumni Association Board of Directors, the Kalamazoo Symphony Orchestra Board of Directors and leadership team for the Women of Kellogg employee resource group.